What follows is clearly a “rant” on my part but I do feel a strong need to publish it. Please read carefully as I state my current viewpoint as a US citizen as precisely as I can.

In America at the moment we are and have been for some time trending towards a more deeply polarized nation where you are either on the right or the left and these two sides have drifted further apart since some time after 911 and this country’s response to that defining event. Now there is no middle and very little compromise on beliefs from either side. During the previous presidential election cycle, our current president was despised by majorities of the established right and the left. However his ideas to “Make America Great Again” resonated with just enough of our citizens and his cult of personality so powerful that he managed steamroll the established right and go on to win the presidential election. So as per our founding fathers wishes we granted him four years to lead the nation. I put the for-profit media high on that list of flawed actors that helped him win. Since the election, our president has continued to this day to erode the norms of decency, and to push his agenda forward, and the right has essentially caved to most of his demands, having no political willpower to make even the slightest opposition. The current political climate renders such opposition from any politician on the right as political suicide. I can only hope that this country can survive the next one hundred days until the election and pray that we can successfully vote him out. Even if that does happen, he will still be in power until January 20, and we know that he has refused to admit that he would accept any and all results of this coming election. If this all goes south, then what? Do we have civil war here to kick him out? Our president is such a failure, and the right is still blindly following him. His latest brag is that he can pass an Alzheimer’s test with 100% correct answers. Well dude, that is technically not even a test. It is a merely a medical screening! Are you insane?

Top that off, we having to deal with ever increasing denial of science coming from the right! And now we throw into the mix confronting systemic racism that has been a stain on this nation since its founding. So it is truly fucked up here in America and hard for me to have optimism for the future.

November 2 election, January 20 handover of power obviously depending on election results and presidential behavior. Does the world writ large currently believe that America can get our domestic COVID-19 situation under control, giving confidence so we can resume our beloved yacht race?

I came home from the Philippines to 14 day quarantine. Before completing that quarantine, I was summoned to Texas by my 86 year old parents to help them, especially my dad, deal with my mom’s sudden diagnosis of colon cancer and the urgent need for surgery. My wife and I dropped everything to go help. Texas officials literally met us at the gate of our landing flight and put us on 14 day quarantine having us sign documents agreeing to house arrest with the penalty of criminal prosecution if they would catch us out and about.

My dad has age related declining health and is quite dependent on my mom, who has generally better health. Dad gets around the house very slowly with aid of walker and motorized scooter. He sleeps quite a lot. However, he can still muster the energy to get into his Texas sized pickup truck and get around if need be. House arrest was not too bad as we maintained the fort, cooked the meals, fixed the broken dryer, etc. Outcome of my mom’s surgery was positive as I have previously reported to this group.

Our country like others cannot remain indefinitely in this state of lockdown. Absence of presidential leadership leaves much of the responsibility to the state governors and that puts us back into the red state vs blue state conundrum. Getting COVID-19 under control has varied widely from state to state and also individual locales. The current uncoordinated rush to open things up is not working out too well.

In late June, the Spirit of Bermuda Rally came up on my radar as a precisely controlled restart of organized ocean sailing. A handful of willing yachtsmen and boats from USA would sail to Bermuda and back, as Bermuda largely had COVID-19 under control and was willing to open the UK territory ever so slightly. Tourism, a mainstay of their economy, had been shutdown for many months. Four yachts were allowed to sail from the USA to St. George’s, Bermuda. Two came from a virtual mark near Newport, Rhode Island, and two sailed from Annapolis. The organizing East End Mini Yacht club in St. George’s would put on a controlled set of dinghy races prior to our arrival, and would host a dinner one day and prize giving the following day.

The yacht I joined was based in Huntington, New York on Long Island Sound and skippered by Hank Schmitt of www.sailopo.com. Five crew members came from California, Arizona, Maryland and Pennsylvania. We all attempted to get COVID-19 tested prior to joining. In my case it was just not possible in short timeframe as it went like this for me:

I asked, in person at my UCLA Healthcare doctor’s for a COVID-19 test so I could safely attend the rally. You need a doctor’s prescription; however, no appointments are available anytime soon so they sent me to the UCLA urgent care clinic to inquire there. Urgent care clinic asks why do you need a test? Are you presenting symptoms? No, I just have this special circumstance, an offshore sailing rally to attend. Sorry not a sufficient reason. Back to doctors office to report no luck at the urgent care clinic. Can’t you please make special consideration for me? Maybe, we will get back to you later. Two full days pass and I have a video appointment with my primary care doctor. What do you need? COVID-19 test to ensure I can safely join offshore sailing rally from Huntington, NY to Bermuda and back via virtual start some 60 nautical miles outside Newport Rhode Island. Doctor suggests I don’t take this trip informing me that just a day ago New York added California to the list of states they don’t want visitors from. But I am just traveling through NYC to get to a yacht and leave the country. Doctor finally authorizes prescription for COVID-19 test. A day and a half later UCLA gave me the prescription needed so I try to schedule the test but then found that there was no testing availability until a week out which was just too late.

After returning from Bermuda sailing rally I receive $400 bill for above level of medical care!

At evening arrival in Bermuda after 5 days sailing, we were immediately quarantined on the yacht and COVID-19 tested the next morning with all receiving negative test results that same evening. Freed from quarantine, we attended the outdoor yacht club trophy ceremony while observing strict social distancing. We had already missed the dinner the prior day having to quarantine on the yacht.

We spent four days in and around St George’s. Almost every business, museum, tourist attraction, etc was shutdown. Three well established restaurants were open with social distanced dining for dinner hours. The only other place for food was the singular open grocery store. We made one afternoon excursion to Hamilton, Bermuda as we wanted to see that area and I especially wanted to peek inside the Royal Bermuda Yacht Club. There were a few businesses open in Hamilton but no tourist attractions. Everything that was open on the island operated with strict social distancing, mask wearing everywhere, and hand sanitizer before entering establishments. The Royal Bermuda Yacht Club was shut down to visitors and largely also to its own members, with only patio dining and access to the pontoons open. We peeked inside the entrance foyer but were quickly ushered out so we only managed to check out the pontoons before leaving the club.

We then sailed back to the US and Huntington Harbor, another five days on the water. Crew with exception of myself left immediately after a nice breakfast to travel back to their respective homes. I spent an additional day and night self-quarantining on the yacht, only getting off the pontoon to visit the marina restroom. The following day I made my way to my flight out of JFK as safely as I could with a very brief detour for a two hour social distanced visit with my daughter who I have not seen since our Clipper London sendoff. I took the Long Island Railroad from Huntington all the way to the Atlantic terminal in Brooklyn. I rode this huge commuter train that serves Long Island during peak commuting hours. It was largely empty of passengers. At Atlantic Terminal I caught an Uber to a pre-agreed outdoor meeting spot and saw my daughter. We had an outdoor lunch and took a brief walk to see the waterfront and a better look at the Brooklyn bridge. We sat in the grass under some shade trees for more visiting. After about two hours with my daughter at two arms lengths away we said our goodbyes until we don’t know when we can next be together. I caught another Uber to JFK and rode a socially distanced direct flight back to Los Angeles.

So crew and skipper all felt confident that our trip was done as a responsible example of moving forward in these trying times. I would argue that we were much safer than if we had just remained in America participating in the fiasco of reopening underway in our respective states and hometowns. In America we continue largely uncoordinated, unsupervised, and often at odds with science and own our president.

Recent resurgence of COVID-19 cases and deaths in the states has led the Bermuda to re-instate its ban on Americans.

Thanks Bermuda for the little time we were granted. Your kindness and professionalism was the best and your island and stunning crystal clear surrounding waters a joy to visit even under these circumstances.

And we want our Round the World Yacht Race to resume in February? We certainly have big problems in America to tackle first! 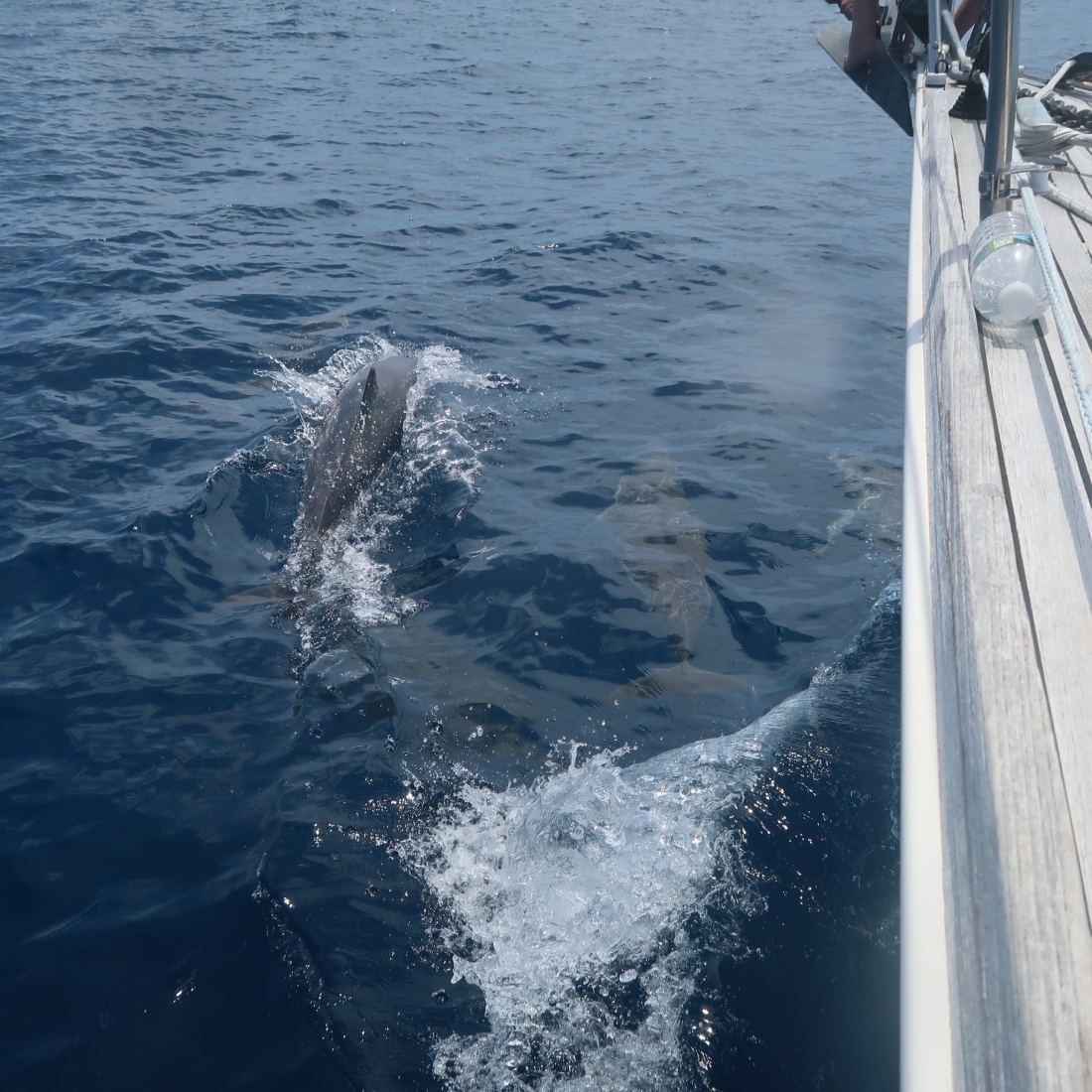 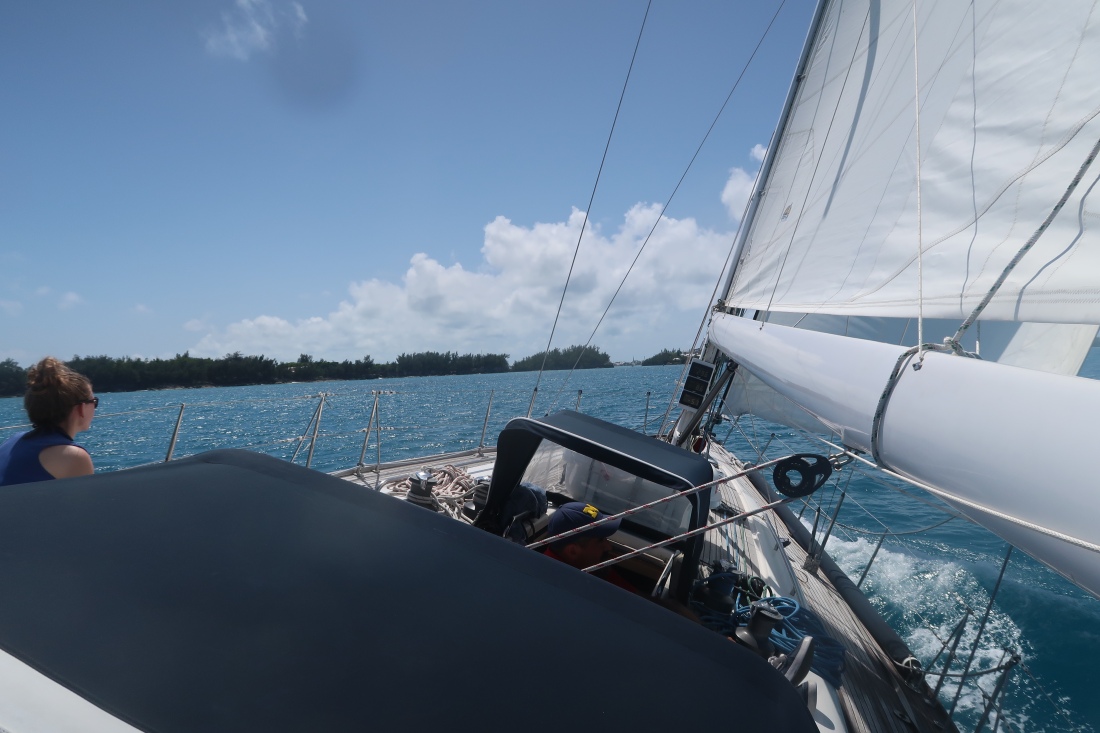 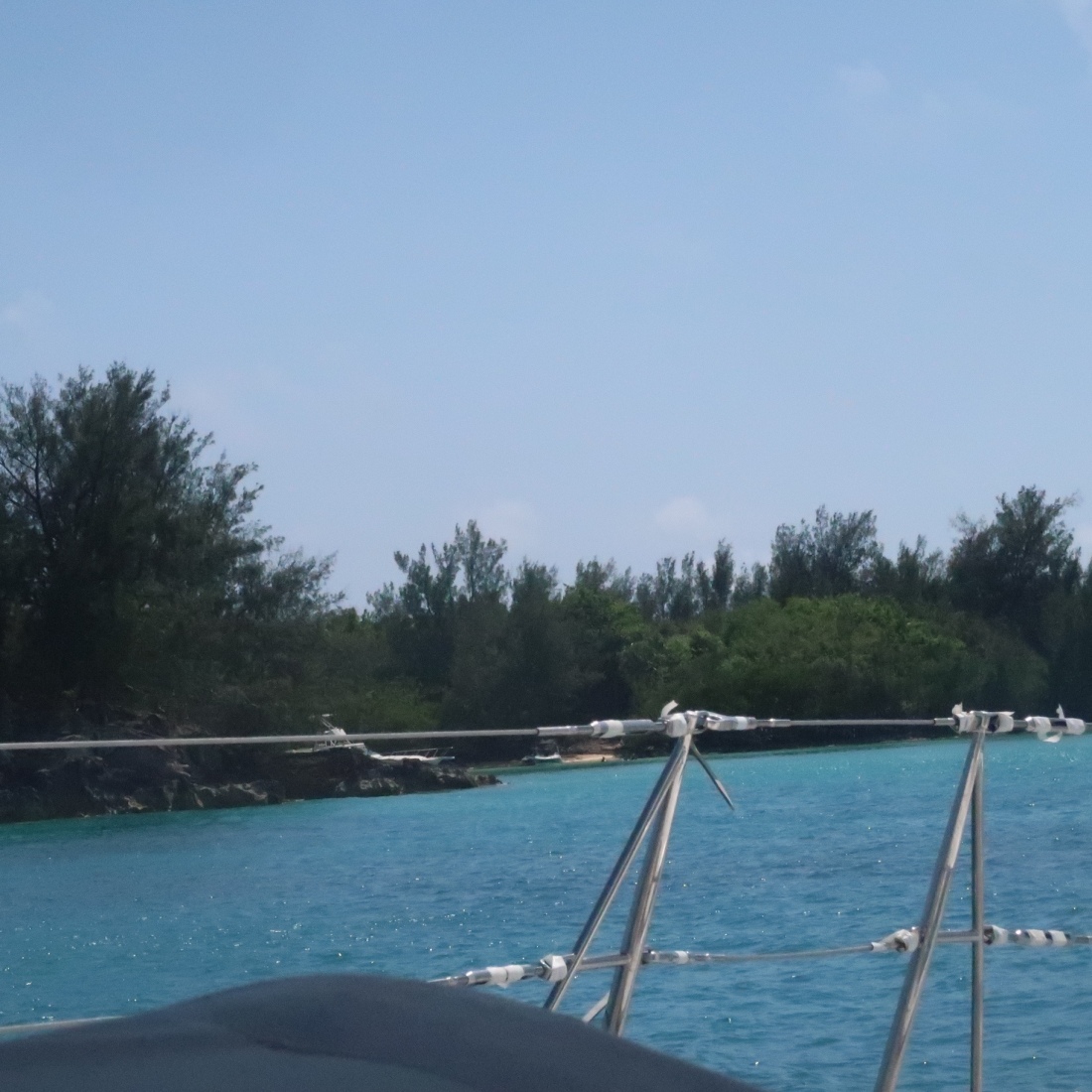 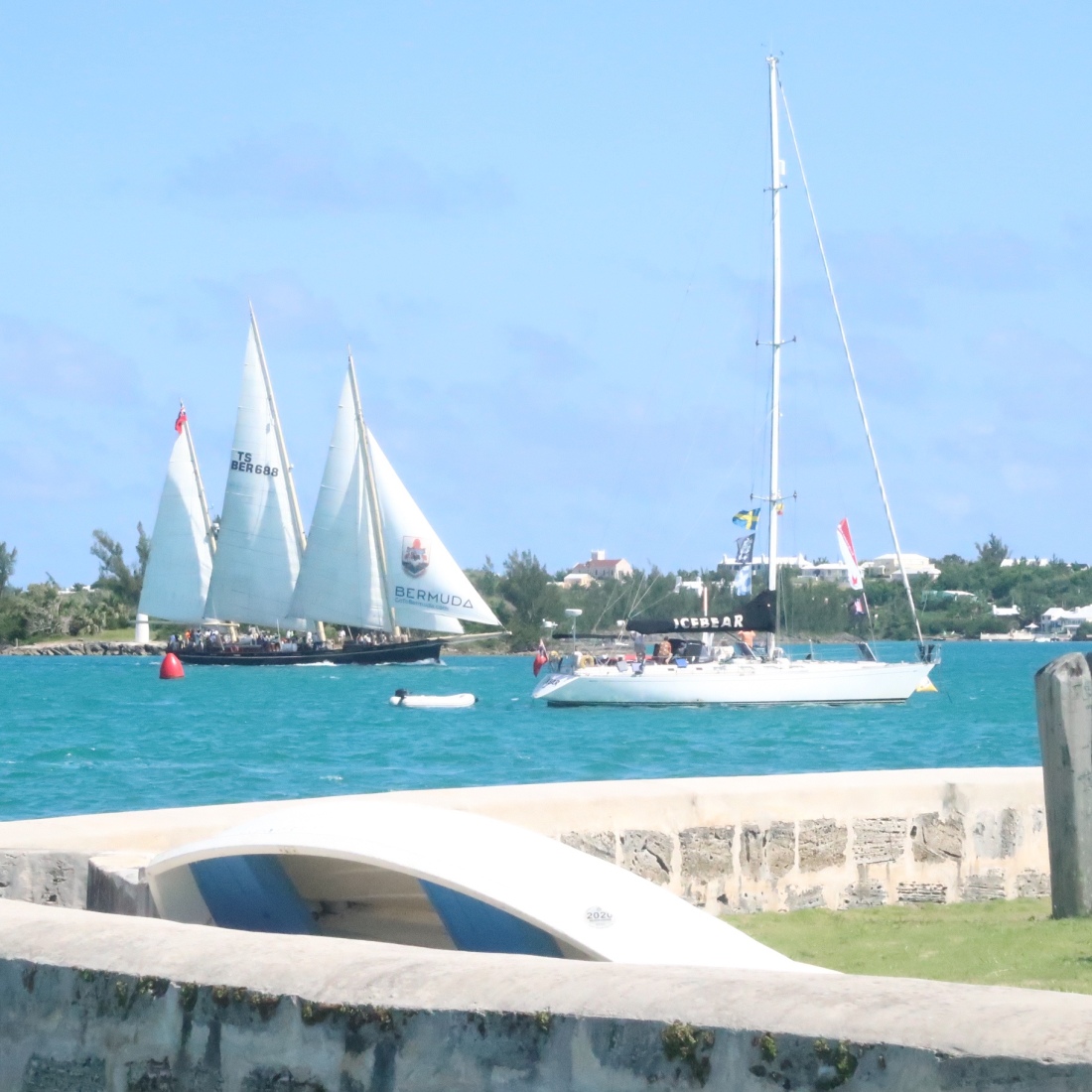 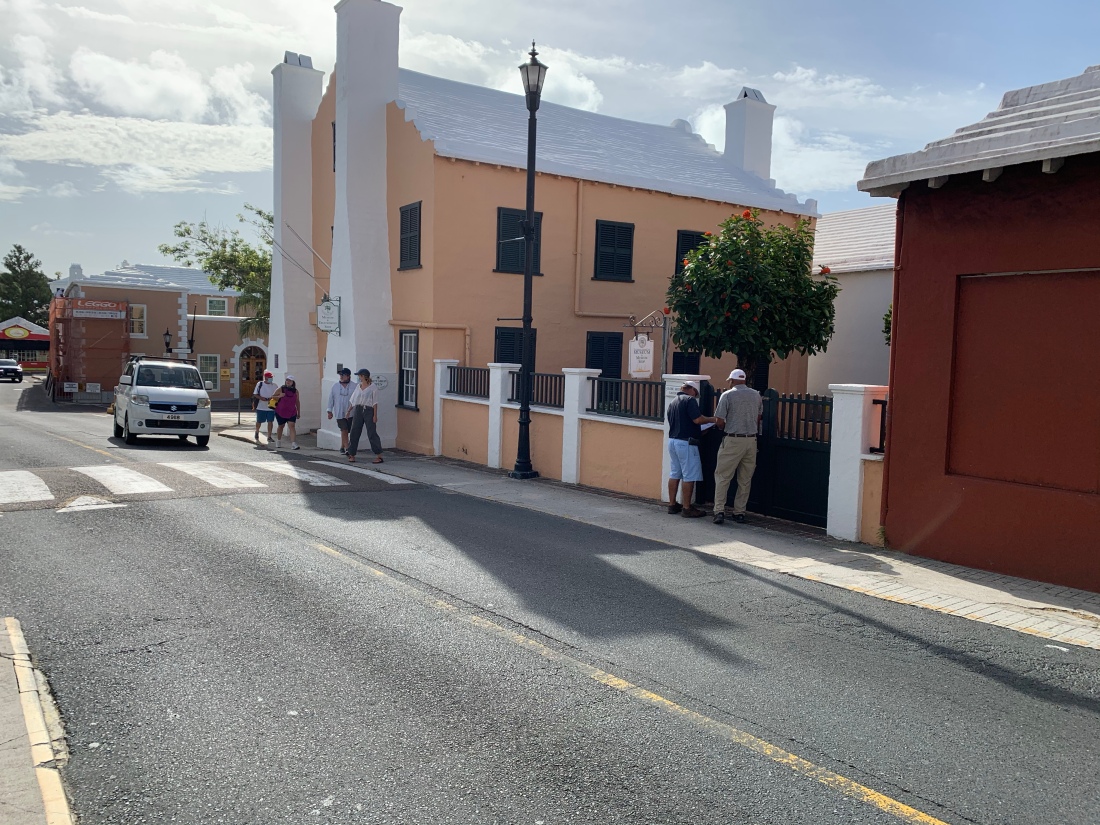 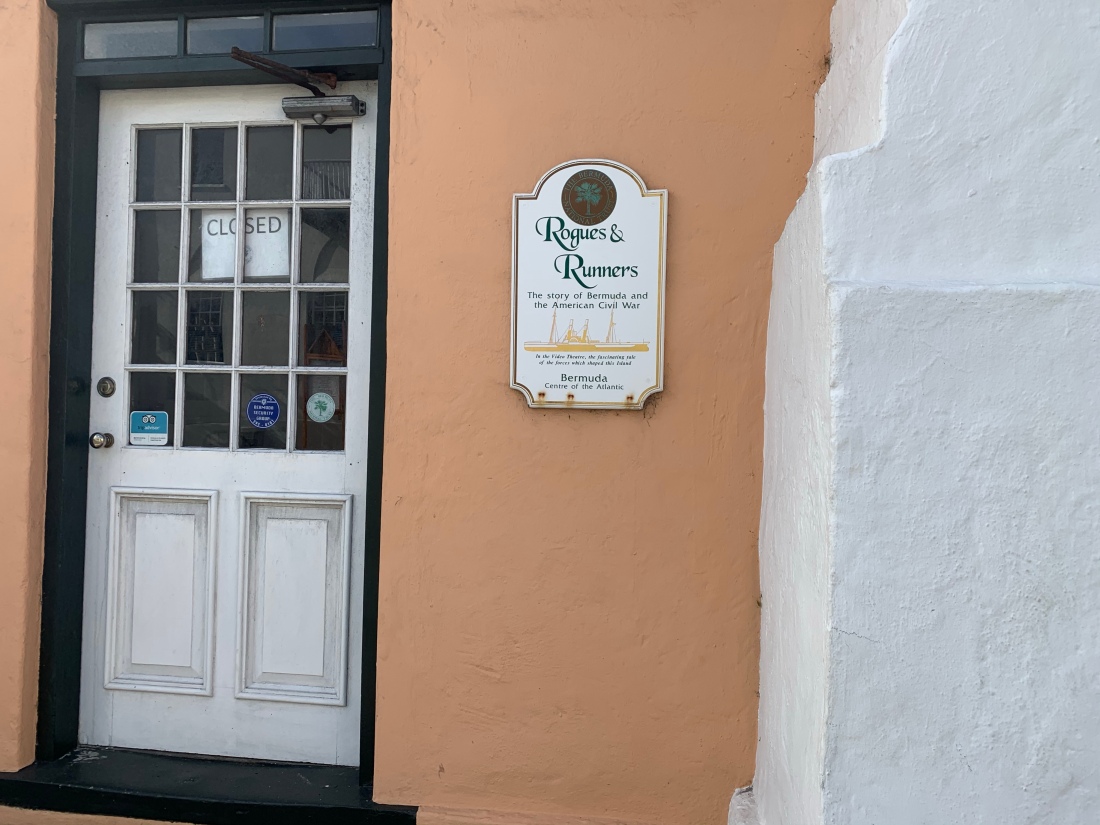 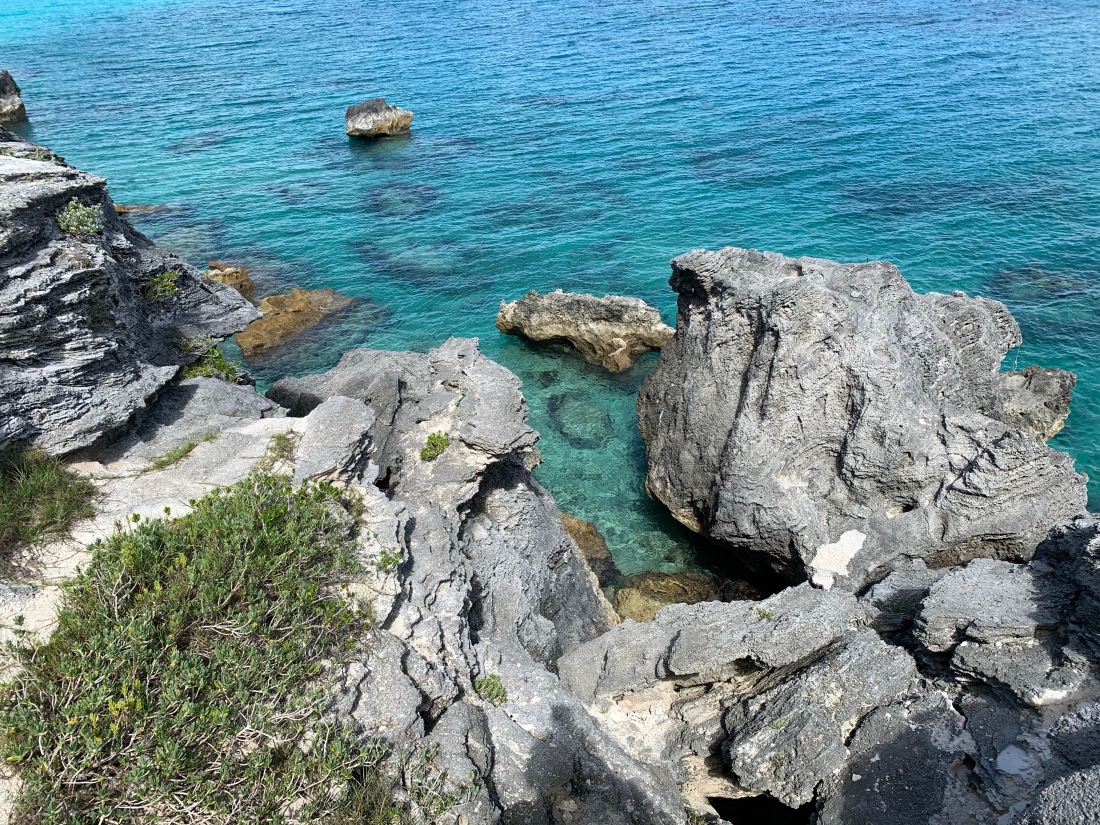 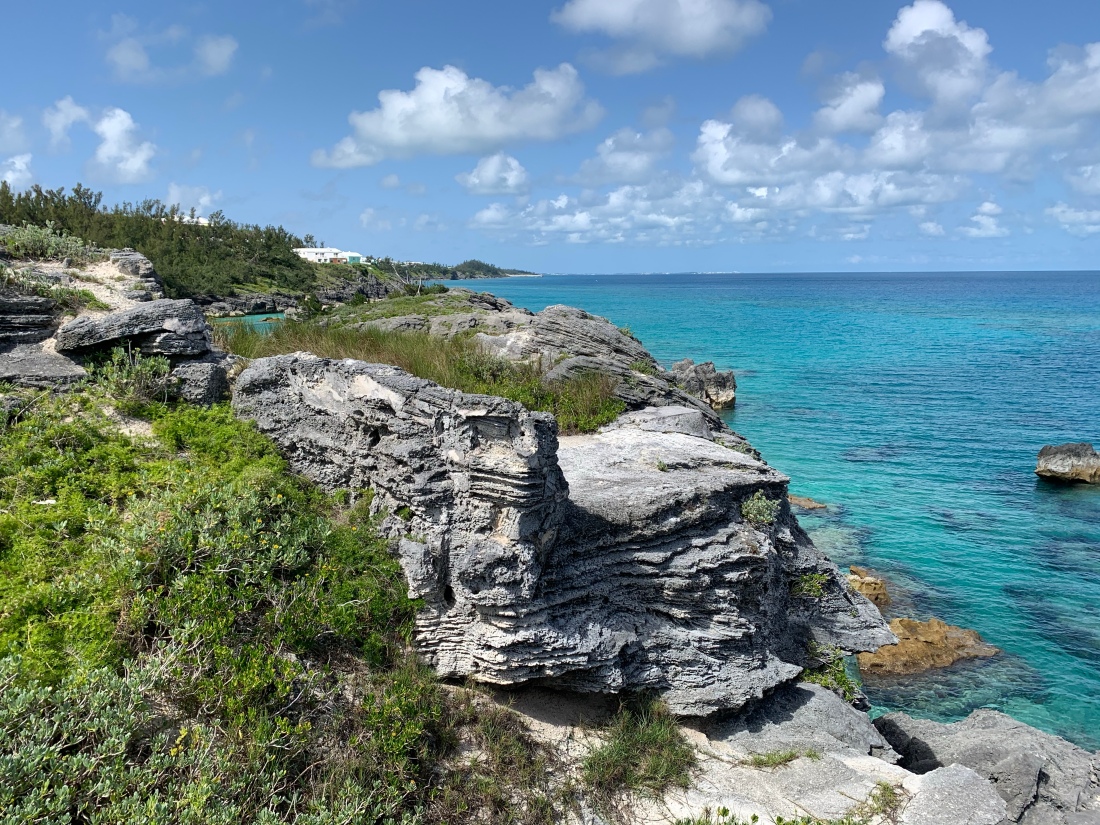 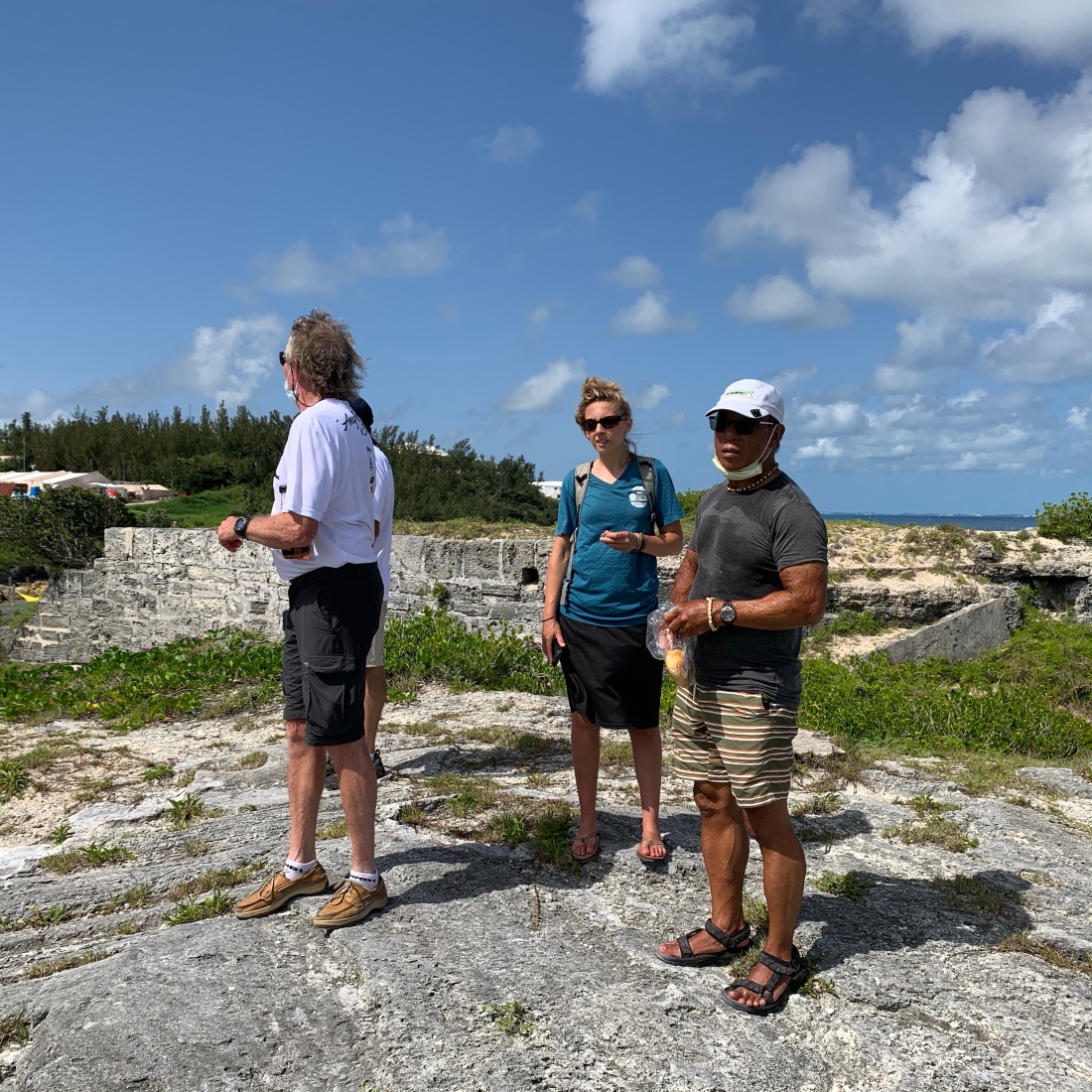 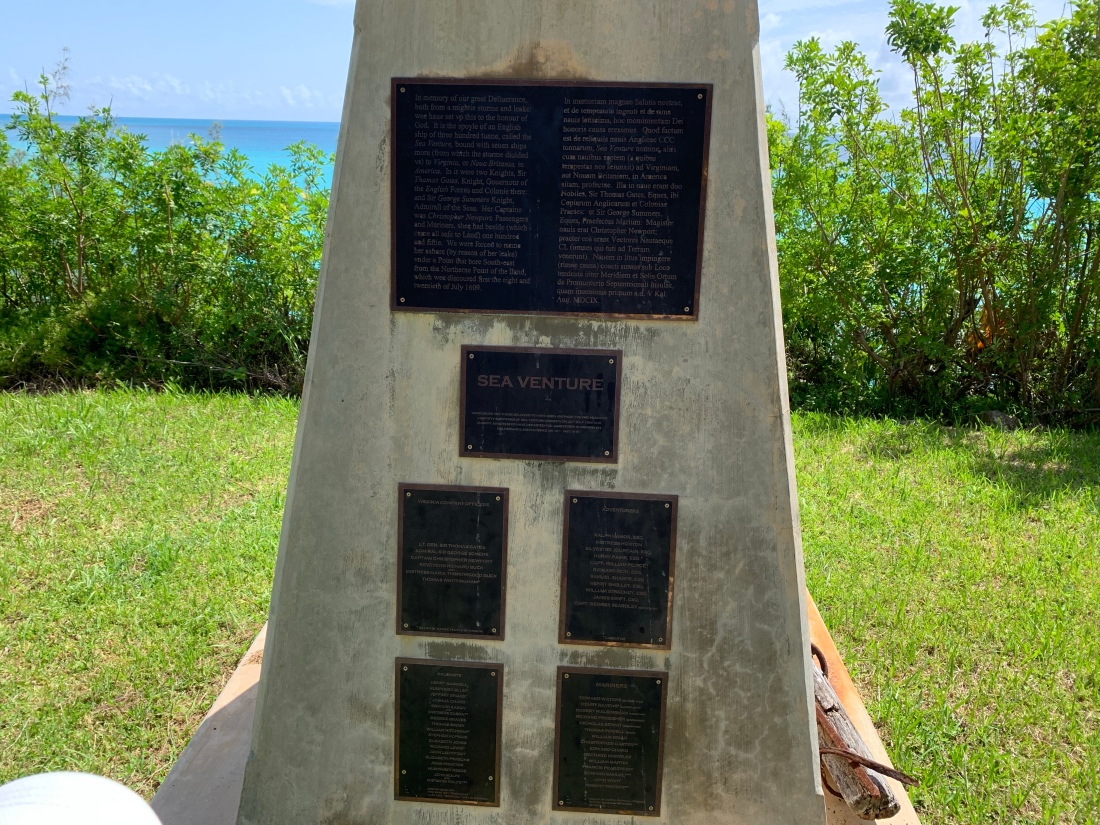 View all posts by cforsander

One thought on “Sunday July 26, 2020: My perspective on how I just returned from Bermuda sailing rally and the presumed resumption of Clipper Race next February”